This new collection is a real revolution. All the sounds of previous editions have been completely revisited from scratch so as to give you the ultimate in quality sound experience. Planet Fusion EXi features powerful lead tones, aggressive organs, complex split patches that allow you to fill the sound scene,fast synths and famous lead sounds that wink both to Derek Sherinian ( ex - Dream Theater ) and modern fusion textures. This edition features reloaded real time controls, drum tracks, foot pedal controls, switches, pad sections as well as the new EXi Engines ( AL-1, MOD-7, MS-20ex, PolysixEX, STR-1, CX3 ) and various samples. Become protagonist on stage with these new complex sounds. Ideated, designed from scratch and performed by Alex Di Donna ( Synthsound ). 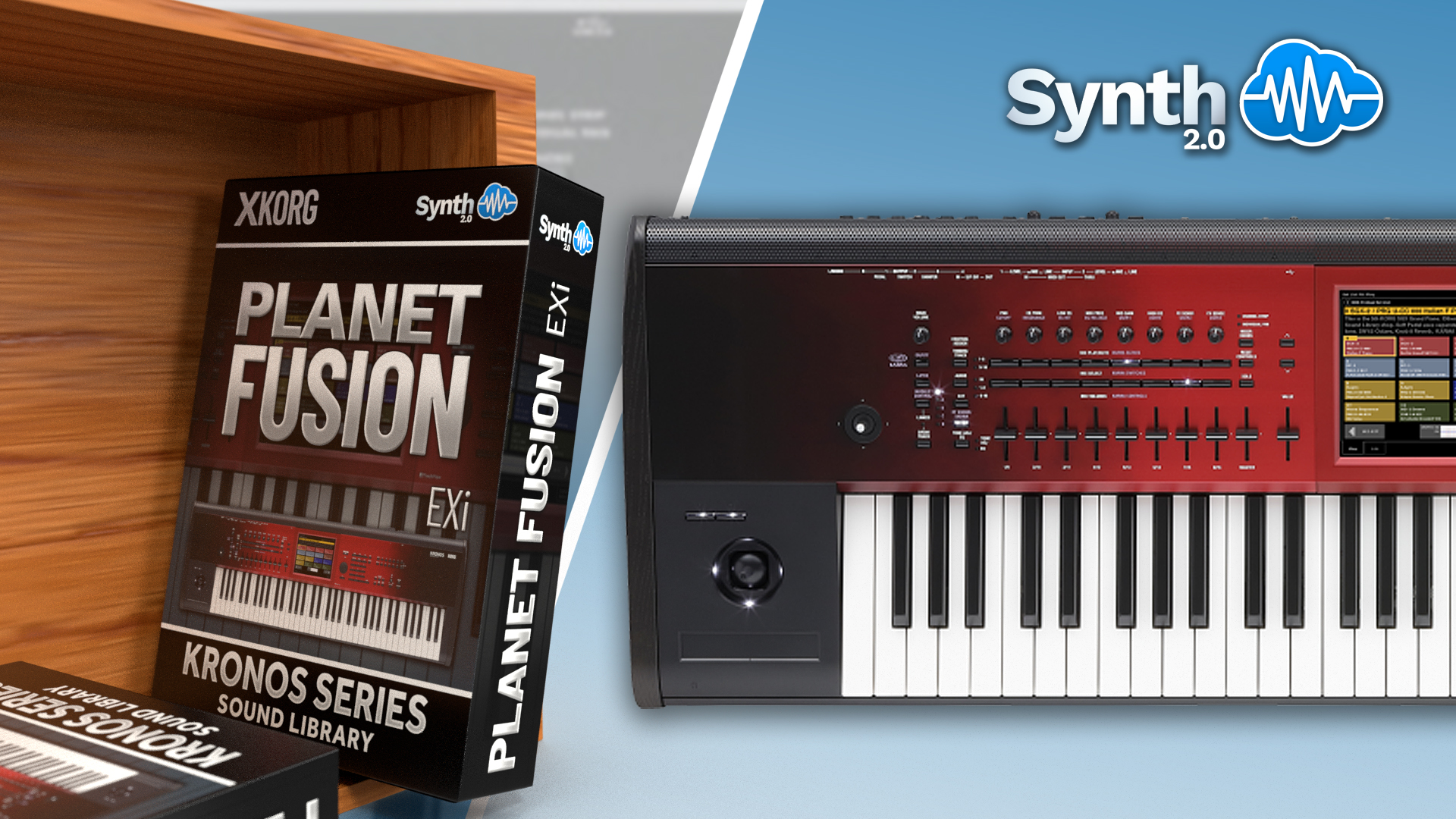 U-A002- Key Solo RevolutionThe Fabulous Key Solo First octave (for 61 keys) is the Bass SectionHigh Velocity adds CX3 DS Layer and SFXKnob 8 Adds Damper , so you can play the whole section without pedalSW2 Adds Cross Lond Delay and a little more reverber.On the Pad Section, pressing from the Touchscreen "1" adds a Sequence inspired by the middle part of "A Day of Sun.N.B.: It has been sampled from the original Mute Guitar ( Korg Trinity) .

U-A008- Fusion Groove TonesIt's a split of Heavy Riff 5th insipired from the Clavia ones used in DS recordings and Cx3 Hammond with modified cabinet.You may have the possibility of going to change Tones (Bass, Mid, High) with Knob 6, Knob 7, Knob 8, respectively. Very useful and powerful.

U-A009- Motion Flange PadIt's inspired by the pad used to play live Learning to Live .It features for fun a drum track, but you can deactivate it from the button.

U- A010- Modular LeadIt's a Lead with square used for some solo tracks.

U A013 / A014 Beta V1/ V2 LeadThey are Beta versions of an idea of lead insipired by Moonbabes recordings.

U-A019- Planet Groove V3Inspired by Universe soundSW2 Adds CX3 Monster HammondIt was added for fun a Drum track but you can deactivate it by pressing the button "drum track".

U-A020- Metal AnimalIt's a split of both dist muted guitar and atmos pad/ep piano inspired by that track.I added for fun a drum track, but you can deactivate it.

U-A022- Lost GrooveInspired by Lost Island introLast octave is twistle layer ; it can played it from Touchscreen PAD section (1-8), too.

U-A023- Rhodes Sitar SplitA simple split of Rhodes with light analog pad and Sitar layer on the right section of the keyboard.